Ant and I talked about doing a value beer shootout, but never got round to it while I was in Australia. As mentioned in previous post, San Miguel Pale Pilsen is not the only beer in Philippines, the ones I chose to include were Red Horse, Manila Beer and Colt 45. 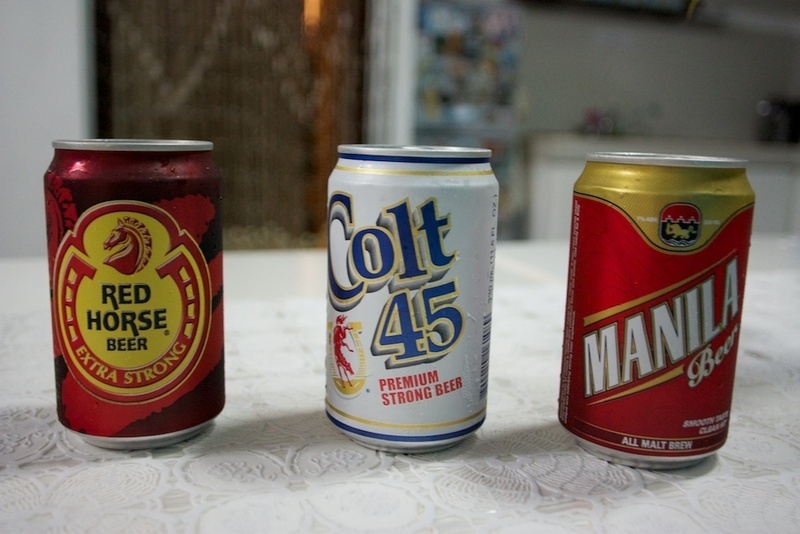 First up Red Horse, which should have been ₱55 per can but somehow it was rung through the tills as a Manila beer @ ₱37. Score!  The can describes it as having a "full-flavored taste and extra-satisfying strength" so I had a high expectations. 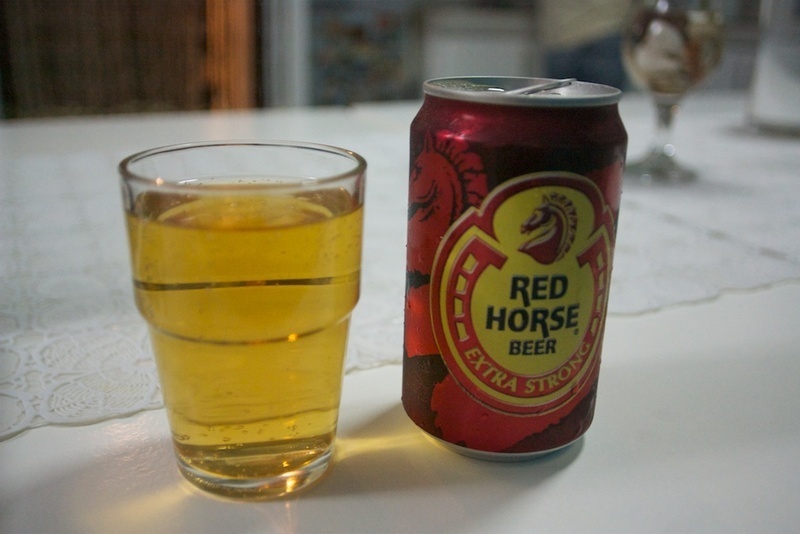 The beer poured with no head whatsoever and went flat pretty quickly. Once poured it had a faintly cidery smell. The taste falls far short of "full-flavored" and - surprise number 2 had a faintly barbecue\smokey flavour. Not barbecue like a smokey taste, but more like the "barbecue" flavoured Walkers crisps or the barbecue sauce you get on bad pizzas. Either way it doesn't really taste like beer. At 6.9% it's pretty strong, I think it's what the americans call "Malt Liquor". Fun fact: there was an American guy of about 50 years old in our hostel who was often holding a can of Red Horse but always drunk. It gets 2/10 because while it has no taste, it at least doesn't have an offensive taste. 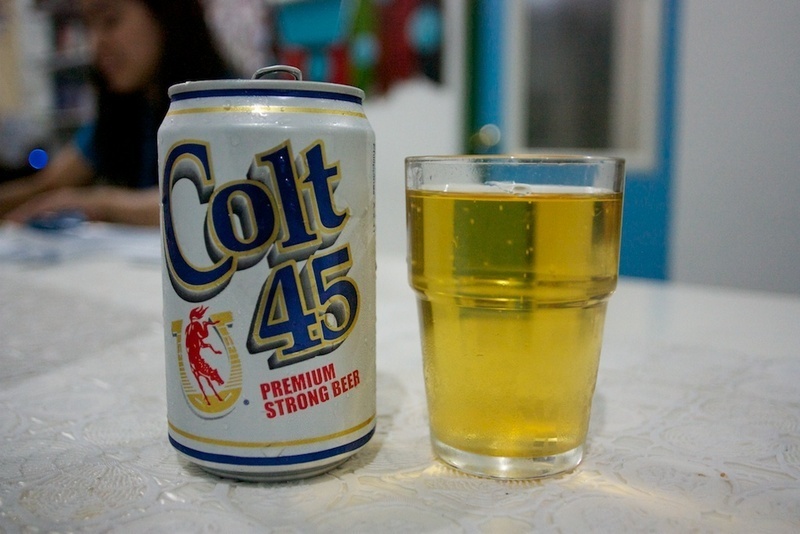 Time for Colt 45 now. And having poured it, the head is nonexistant and the the taste is ... exactly the same as Red Horse. I'm not even kidding. There is no reason to ever drink this. 6.5% ABV, 2/10 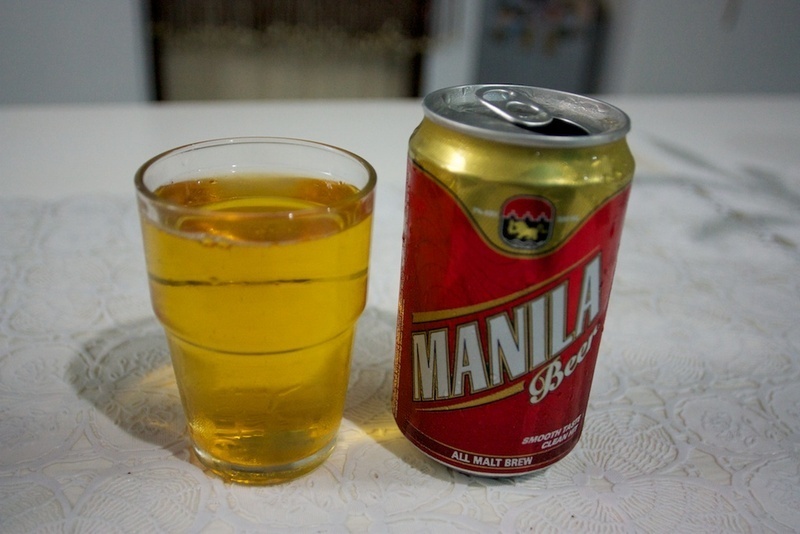 Finally it's Manila Beer, and finally we have a flavour yet sadly no head again. Slightly sharp and bitter, but a vague beer-like taste is coming through. At 7% ABV it's strongest of the bunch. Slight hint of Banana, but I suspect this is accidental.

Of the three Manila Beer is definitely the "best", as it at least has some kind of flavour. However as they're all fairly watery rather than bad-tasting, they're all pretty drinkable in the same way that cold water is drinkable. The take-home from this is that Pale Pilsen is a pretty good beer, and that the three above should probably be avoided.