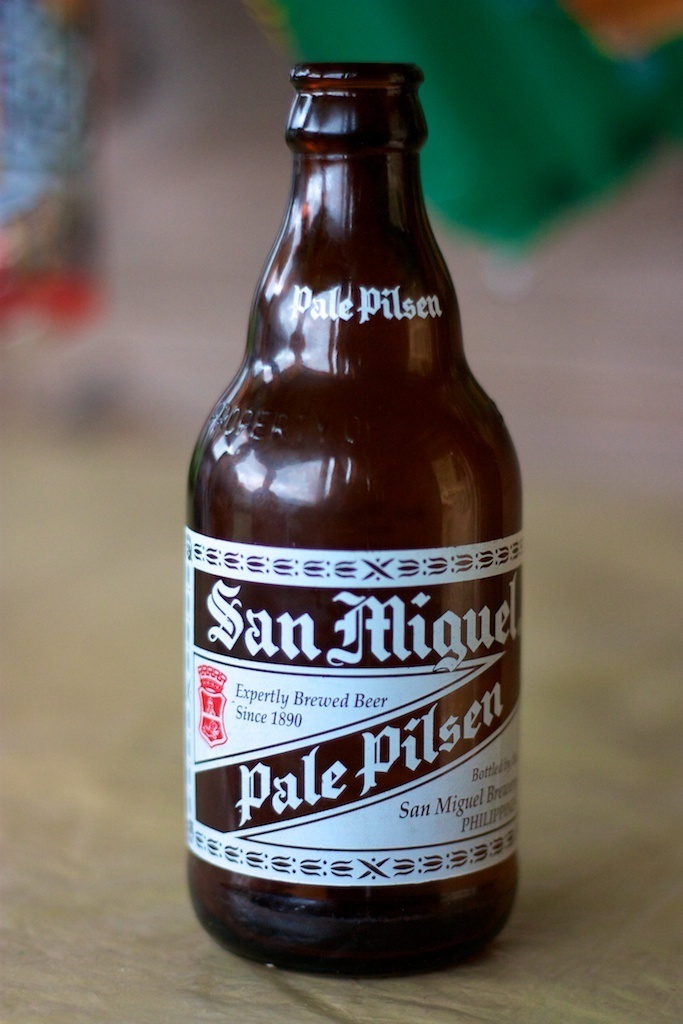 San Miguel Pale Pilsen is pretty much the defacto national beer in the Philippines. While others do exist, like Red Horse, Manila Beer and San Mig Light, the Pale Pilsen is the closest thing to real beer you can get and the first thing worth reviewing since I left Australia.

Singapore has the strong-but-artificial tasting Tiger, for some reason Malaysia mainly had Carlsberg & SKOL, and Thailand has the well known, but ultimately forgettable, Chang and Singha (as well as "Archa" which is, as the joke goes, like having sex in a canoe).

Fans of Pilsner Urquell will not be surprised to find out that Pale Pilsen doesn't quite match up to it's Bohemian namesake. It comes in 330ml "coke" sized cans or cute little dumpy 330ml bottles. The cans (pictured with semi-naked Frenchman) sometimes cost more, for some reason. 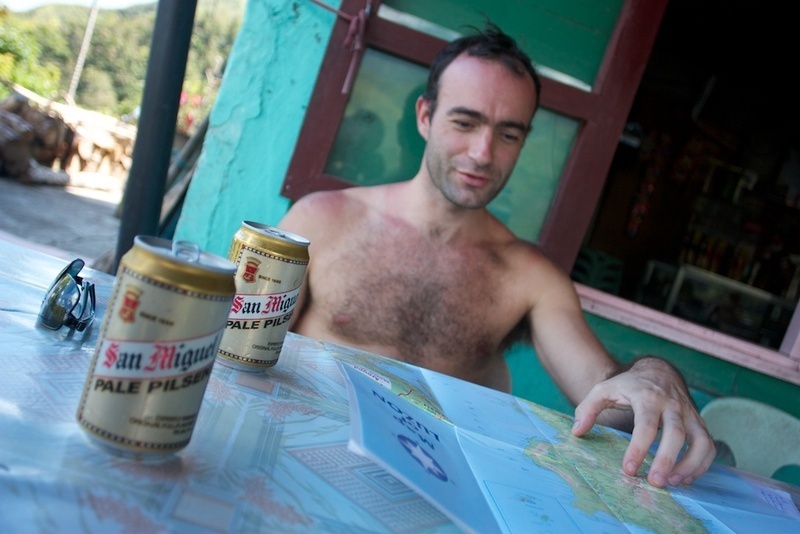 However it's not really fair to compare it to a Czech or German beer, but it blows its southeast asian competition out of the water Archa as far as I'm concerned. It's got a malty-sweet flavour, it's not too fizzy and it's cheap cheap cheap! In a 7-11 in Manila expect to pay around ₱23-26 per bottle, which is around £0.31 or AU$0.51, in a bar maybe twice that at most. Weirdly you get a little serviette wrapped around the bottle top in the Philippines. I never found out why. 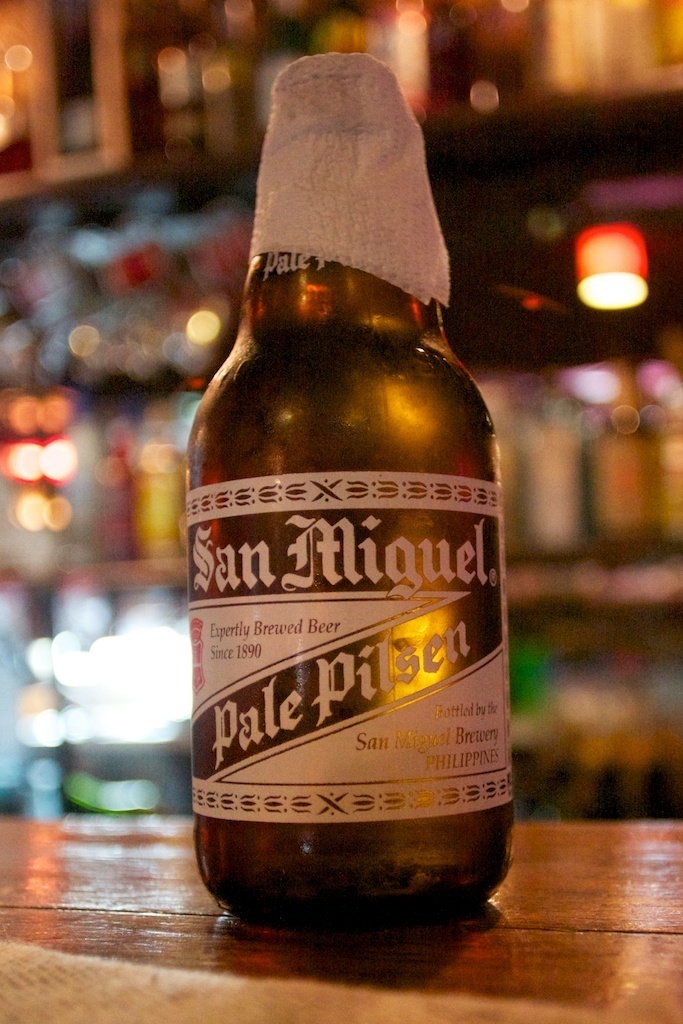